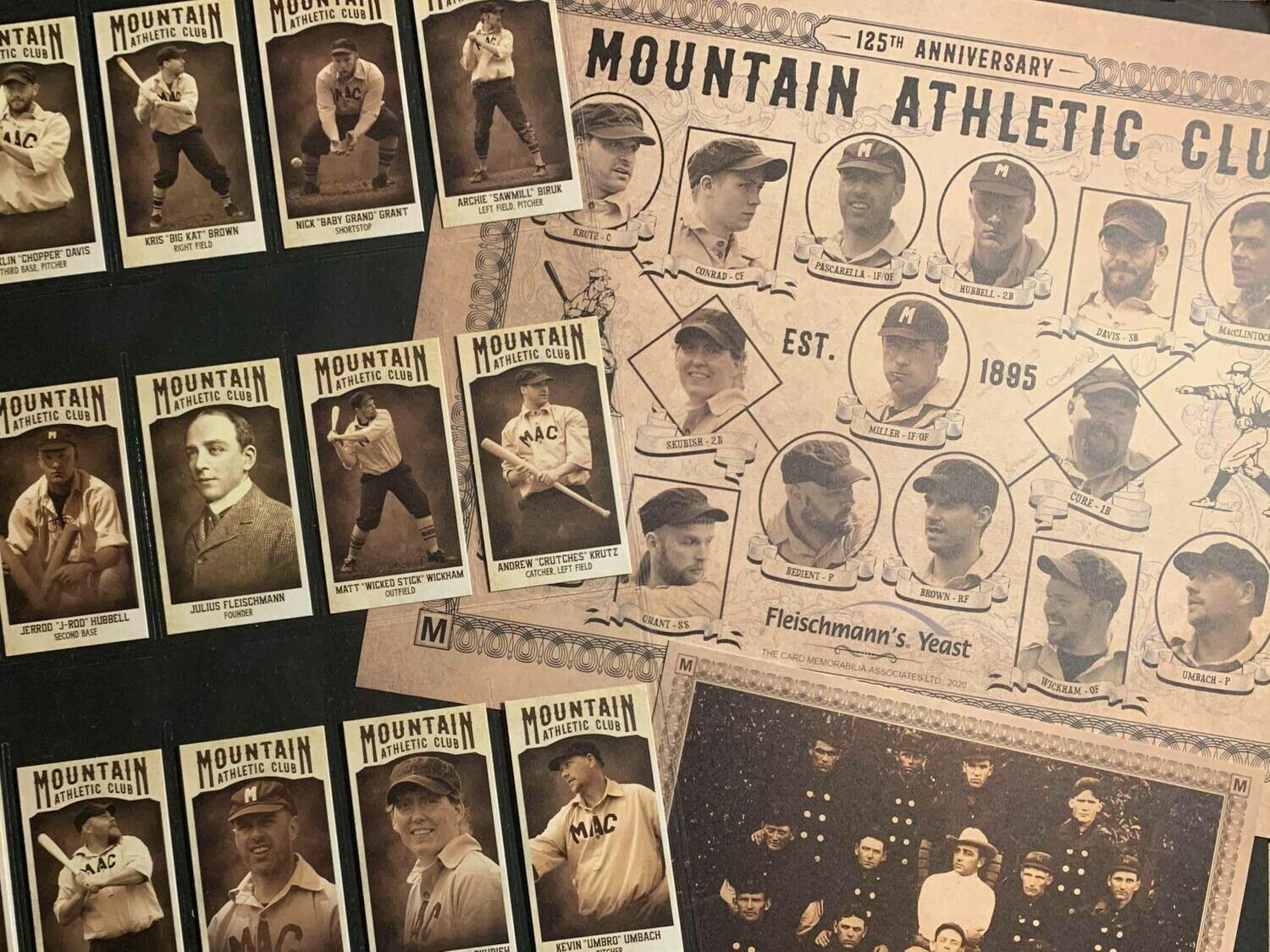 To commemorate the M.A.C.'s 125th Anniversary in 2020, TCMA (The Card Memorabilia Associates, LTD) in cooperation with the Fleischmann's Yeast Company produced a 16 card set and an 8x10 team composite/2020 schedule featuring the current roster of the Mountain Athletic Club. Also included in the set is a postcard featuring the M.A.C. in 1900 as printed July 8, 1900 in the Cincinnati Enquirer. The photo shows six of the eight future Major Leaguers on the Club that year including "Peekskill" Pete Cregan (SS), Charles "Red" Dooin (C), Miller Huggins (2B)(HOF '46), Barney McFadden (P), George "Whitey" Rohe (IF/OF), and Guy Harris "Doc" White (P) (MLBers Nick Altrock and Black Jack Keenan are not pictured).

This may be the first time since 1916 that Fleischmanns Yeast has produced baseball cards. Only 250 sets were produced so act now to get your set before they're all gone!

Along with plastic pages to store your cards, you will receive:

ALL SALE PROCEEDS BENEFIT M.A.C. VINTAGE BASE BALL, COMMUNITY REVITALIZATION AND HISTORIC PRESERVATION IN THE CATSKILLS!!

Save this product for later
Display prices in: USD